As he came down the great staircase at last, after Mrs. Rochester had flung herself from the battlements,

there was a great crash -- all fell.

He was taken out from under the ruins, alive, but sadly hurt: 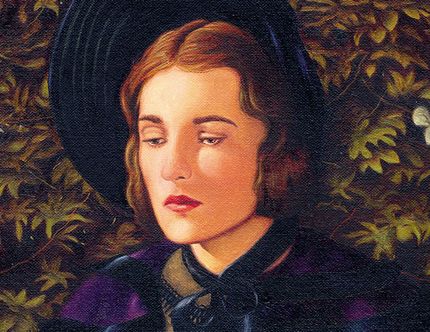 a beam had fallen in such a way as to protect him partly;

but one eye was knocked out, and one hand so crushed that Mr. Carter, the surgeon, had to amputate it directly.

The other eye inflamed: he lost the sight of that also.

He is now helpless, indeed -- blind and a cripple."

"Where is he? Where does he now live?"

"At Ferndean, a manor-house on a farm he has, about thirty miles off: quite a desolate spot."

"Old John and his wife: he would have none else.

He is quite broken down, they say."

"Have you any sort of conveyance?"

"We have a chaise, ma'am, a very handsome chaise."

"Let it be got ready instantly; and if your post-boy can drive me to Ferndean before dark this day,

I'll pay both you and him twice the hire you usually demand."